He and his assist ant are here to tell you that renting a commercial office space isn’t the best option for you anymore. 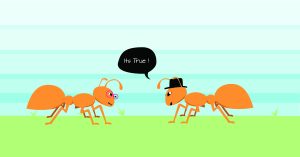 But if you do rent a commercial space anyway, what comes next? Well here’s what happened to our little friends.

They thought they would save money by renting a commercial office space but soon found out they were spending a lot more money than they had ant​ ​icipated – on maintenance costs, IT infrastructure, furniture, fixtures & installations.

Sprucing up the space involved hiring an interior designer, an architect, laborers, electricians, painters and they all had to be paid. Account ant had to empty out his pockets on basic amenities like toiletry supplies, stationary supplies, tea and coffee machines.

They finally had everything in place. But…

They were exhausted and had spent a ​LOT of money. Just as things began to pick up, they​  realized they needed a larger workforce. But there was no space for new members. With a lack of flexibility for expansions, Account ant found himself back to square one. 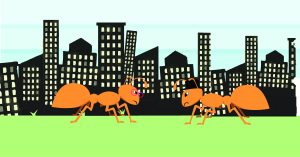 He thought there was no solution to this problem but his assist ant came to the rescue. She said

“The answers been looking us right in the eye, all along! We come from a community that thrives in well-organized groups. ​Communication, control and networking make us ants one​ of the most fascinating and productive species on earth. What we need is company…other​ companies!​”

Being a part of Workafella’s business ecosystem has numerous benefits:

You don’t have to spend money on maintaining the premises, hiring an admin or​  employing janitorial services. In fact, Workafella’s office spaces even recruit human resources for your company. You don’t need to worry about electricity consumption or your internet bills. (And are you honestly going to pay 6 to 10 months advance on rent? Not at Workafella, that’s for sure)

Do you run a mid sized corporate? You can still find enough space to fit your entire team in. Or perhaps you’re part of a large corporate, then book an entire floor for yourself. No matter the size of the team and requirements,​ renting an office space with Workafella makes things a lot easier.

Imagine you’ve created a new software and now you need to market it. Your team consists of one founder who is mainly an investor. Your other team member supports you with coding. ‘​Who is going to market the product for you?’

Well as you ponder on this, sipping on a coffee in the common lounge, your marketer might be just a few yards away from you, snacking on a burger across the room. Your graphic designer and content marketer could be having a chat at the table next to you. Everyone you need, is not only at your door, they’re already inside, and sitting right next to you.

If you truly want to succeed, focus on what’s import​ant! 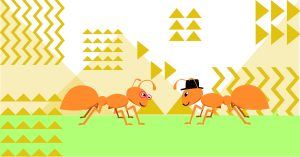 You take care of business. Workafella takes of care you.

Login required for member only features.